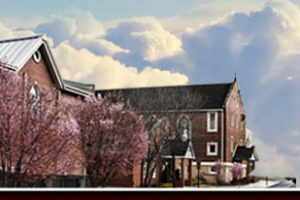 For 100 years, TheMount Pleasant Baptist Church has served as a pillar of refuge and a source of strength for its members and the South Atlanta Community. Its history reflects the visions, the missions, and the spirit of those who have labored in the Master’s vineyard since its inception.

It is through the efforts of the late Reverend Ezekiel Kineard that Mt. Pleasant had her humble beginning. In 1908, Rev, Kineard called together a band of Christian believers and shared with them his dreams and aspirations for the community. Following many prayerful discussions emerged the Mt. Pleasant Baptist Church, becoming a spirit-filled church with the human touch, reaching out to the needs of the community.

For the next four years, the Mt. Pleasant Baptist Church’s membership grew rapidly, but most importantly, it became a symbol of Christian hope and love. In 1912, Rev. Ezekiel Kineard (pastored four years) was called home from his earthly duties, however, his conscientious mission to make his community a better place had already made an indelible stamp in the hearts and minds of posterity.

Over the next few decades, Mt. Pleasant was blessed to have anointed men of God dedicated to spreading the Good News and winning souls. The Reverends Rowland, Davis, Trier, B.J. Johnson, Sr., Jackson, R.B. Freeman, Dan Smith, and R.B. Thompson, pastored for a total of 17 years. R.H. Milner, pastored 1929-1942, Albert M. Lampkin, pastored 1942-1948, and Benjamin W. Bickers, pastored 1948-1957, all continued to blaze the trail which had been laid.

On March 6, 1958, Reverend Otis Levan Blackshear accepted the pastoralship of the Mt. Pleasant Baptist Church. Under his leadership, the Church has continued to be that beam of light which manifests God’s goodness to all mankind. Rev. Blackshear has moved the church in the direction of addressing the physical, mental, spiritual, and social needs of the community.

Numerous programs and ministrieswere designed andserved as support systems to the members as well as to the community. Meals were carried to Senior Citizens, food baskets and clothes were distributed to needy families.   The Board of Christian Education was established along with Men, Women & Youth Ministries to name a few.  A Scholarship Fund wasestablished to assist high school graduates in furthering their education.

Property purchases, and building expansions projects were part of Rev. Blackshear’s Pastoral period.  He retired and became the Pastor Emeritus on June 2008.  He continued on as Pastor until the new Pastor arrived.

With Christ as the resource, Mt. Pleasant pressed forward with the urgent business of proclaiming the Gospel of our Lord Jesus Christ.

On Watch Night, December 31, 2008, Reverend Clinton Dwayne McFarland became the Senior Pastor of the Mt. Pleasant Baptist church.  Within the first year, he revised the church website implementing, congregational photos to instill pride and inclusiveness.  A new Marquee sign was constructed on the corner of Jonesboro Road and Meldon Avenue and the Shelton Fellowship Hall was renovated.  On March 18, 2012, the first service was held at the newly acquired second location of Mt. Pleasant at 2600 Snap Finger Rd in Lithonia, GA 30038.  Live streaming began on November 17,2013.

On November 12, 2014- Pastor Clinton McFarland announces his resignation as Pastor and that the fourth Sunday, 23 November 2014 would be his last day.  On that date the church split. Almost half of the membership, especially those attending the Lithonia location, went with Rev. McFarland as he established another church.

During church service on December 28, 2014, our Pastor Emeritus, Rev. O. L. Blackshear had a heart attack in the Atlanta church location, after he had prayed a powerful prayer.  He was taken to Grady Hospital.Rev. O.L. Blackshear passed away at Grady Hospital on January 14, 2014 at 2:30 pm.This was the end of a great and historic era.Now with the passing of such a towering figure of the Atlanta church community, and the second church location      , these were dark and tough times for the Mt Pleasant Baptist Church.

Reverend Roderick Weathersby was elected and became the Senior Pastor of the Mt. Pleasant Baptist Church on August 2, 2015.  Under his pastorate, the Mt. Pleasant Baptist Church has begun to heal as she continues to grow strong spiritually and conduct that business which she has been called to do.   Rev. Weathersby has reignited the Food and Clothing Ministry, a much needed service in the community.  He methodically moved the church toward his vision and goal, “Rebuilding the House” where the interior design of the sanctuary was remodeled in May 2016.

Mount Pleasant Baptist Church We're a church on the move!